How materiality is established in an audit or a review

Posted at 18:45h in Accounting and Auditing by Michael Jamison, CPA, CGMA
Share 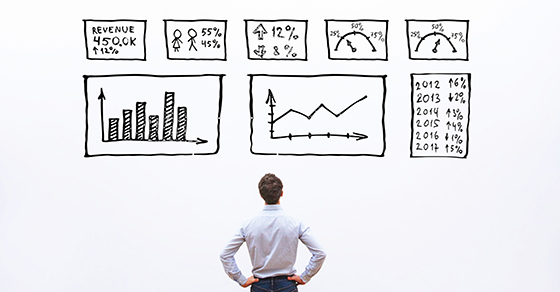 When accountants conduct an audit or review, they can’t test every transaction. Instead, they set a “materiality” threshold. This benchmark is used to obtain reasonable assurance in an audit — or limited assurance in a review — of detecting misstatements that could be large enough, individually or in the aggregate, to be material to the financial statements.

Information is material if omitting it or misstating it could influence decisions that users make on the basis of financial information about a specific reporting entity. In other words, materiality is an entity-specific aspect of relevance based on the nature or magnitude, or both, of the items to which the information relates in the context of an individual entity’s financial report.

Several definitions of materiality exist. But the universal premise is that a financial misstatement is material if it could influence the decisions of financial statement users.

How do auditors determine materiality?

To establish a level of materiality, auditors rely on rules of thumb and professional judgment. They also consider the amount and type of misstatement.

During fieldwork, Joe unearths a clerical error that caused ABC to understate revenue by $1 million. Is this error material? Although a $1 million error may seem significant, it’s less than 1% of the company’s annual revenue. So, it’s immaterial to ABC’s overall financial performance.

On the other hand, if the company had overstated its revenue by $1 million due to a fraud scheme involving a senior executive, Joe may deem the misstatement as material because it involved a member of the senior leadership team and potential criminal activity.

Regardless of whether a misstatement of revenue is considered material, it may trigger a material misstatement in accounts receivable. In other words, the balances recorded as due from customers may be materially different from the actual amounts due.

As these examples demonstrate, materiality is a relative concept. In practice, auditors must evaluate a material misstatement on a standalone basis and within context of a company’s financial statements overall. What constitutes a material misstatement for one company may not reach the materiality threshold for another. Materiality is a matter of professional judgment and your audit team’s experience. Contact us for more information on what’s considered material for your business.