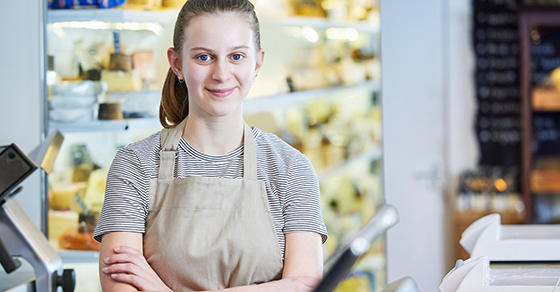 Spring has sprung — and summer isn’t far off. If your business typically hires minors for summer jobs, now’s a good time to brush up on child labor laws.

In News Release No. 22-546-DEN, the U.S. Department of Labor’s Wage and Hour Division (WHD) recently announced that it’s stepping up efforts to identify child labor violations in the Salt Lake City area. However, the news serves as a good reminder to companies nationwide about the many details of employing children.

Finer points of the FLSA

The Department of Labor is the sole federal agency that monitors child labor and enforces child labor laws. The most sweeping federal law that restricts the employment and abuse of child workers is the Fair Labor Standards Act (FLSA). The WHD handles enforcement of the FLSA’s child labor provisions.

The FLSA restricts the hours that children under 16 years of age can work and lists hazardous occupations too dangerous for young workers to perform. Examples include jobs involving the operation of power-driven woodworking machines, and work that involves exposure to radioactive substances and ionizing radiators.

The FLSA allows children 14 to 15 years old to work outside of school hours in various manufacturing, non-mining, non-hazardous jobs under certain conditions. Permissible work hours for 14- and 15-year-olds are:

*From June 1 through Labor Day, nighttime work hours are extended to 9 p.m.

News Release No. 22-546-DEN reveals the results of three specific investigations. In them, the WHD found that employers had allowed minors to operate dangerous machinery. Also, minors were allowed to work beyond the time permitted, during school hours, more than three hours on a school night and more than 18 hours a workweek.

In one case, a restaurant allowed minors to operate or assist in operating a trash compactor and a manual fryer, which are prohibited tasks for 14- and 15-year-old workers. The employer also allowed minors to work:

The WHD assessed the business $17,159 in civil money penalties.

Letter of the law

In the news release, WHD Director Kevin Hunt states, “Early employment opportunities are meant to be valuable and safe learning experiences for young people and should never put them at risk of harm. Employers who fail to keep minor-aged workers safe and follow child labor regulations may struggle to find the young people they need to operate their businesses.”

What’s more, as the case above demonstrates, companies can incur substantial financial penalties for failing to follow the letter of the law. Consult an employment attorney for further details on the FLSA. We can help you measure and manage your hiring and payroll costs.