The untouchables: Getting a handle on intangibles

Home > OnTarget CPA Blog  > Accounting and Auditing  > The untouchables: Getting a handle on intangibles

03 Sep The untouchables: Getting a handle on intangibles

Posted at 12:28h in Accounting and Auditing by Michael Jamison, CPA, CGMA
Share 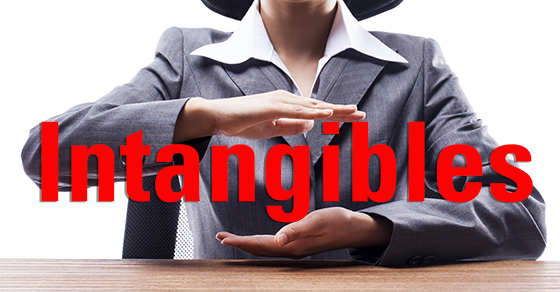 The average company’s balance sheet understates its value by 80%, according to Sarah Tomolonius, co-founder of the Sustainability Investment Leadership Council. Why? Intangible assets aren’t recorded on the balance sheet under U.S. Generally Accepted Accounting Principles (GAAP), unless they’re acquired from a third party.

Instead, GAAP generally calls for the costs associated with creating and maintaining these valuable assets to be expensed as they’re incurred — even though they provide future economic benefits.

Many companies rely on intangible assets to generate revenue, and they often contribute significant value to the companies that own them. Examples of identifiable intangibles include:

Acquired goodwill and other indefinite-lived intangibles are tested at least annually for impairment under GAAP. But private companies may elect to amortize them over a period not to exceed 10 years. Impairment testing also may be required when a triggering event happens, such as the loss of a major customer or introduction of new technology that makes the company’s offerings obsolete.

Investors are interested in the fair value of acquired goodwill because it enables them to see how a business combination fared in the long run. But what about intangibles that are developed in-house?

At a sustainability conference earlier in May, Tomolonius said that businesses are more sustainable when they’re guided by a complete understanding of their assets, both tangible and intangible. Assigning values to internally generated intangibles can be useful in various decision-making scenarios, including obtaining financing, entering into licensing and joint venture arrangements, negotiating mergers and acquisitions, and settling shareholder disputes.

For more than a decade, there have been calls for accounting reforms related to intangible assets, with claims that internally generated intangibles are the new drivers of economic activity and should be reflected in balance sheets. Proponents of changing the rules argue that keeping these assets off the balance sheet forces investors to rely more on nonfinancial tools to assess a company’s value and sustainability.

It’s unlikely that the accounting rules for reporting internally generated intangibles will change anytime soon, however. In a quarterly report released in August, Financial Accounting Standards Board (FASB) member Gary Buesser pointed to challenges the issue would pose, including the difficulty of recognizing and measuring the assets, costs to companies, and limited usefulness of the resulting information to investors. Buesser explained that “the information would be highly subjective, require forward looking estimates, and would probably not be comparable across companies.”

Want to learn more about your “untouchable” intangible assets? We can help you identify them and estimate their value, using objective, market-based appraisal techniques. Contact us for more information.