Using analytical procedures in an audit provides many benefits

10 Jul Using analytical procedures in an audit provides many benefits

Posted at 15:26h in Accounting and Auditing by Michael Jamison, CPA, CGMA
Share 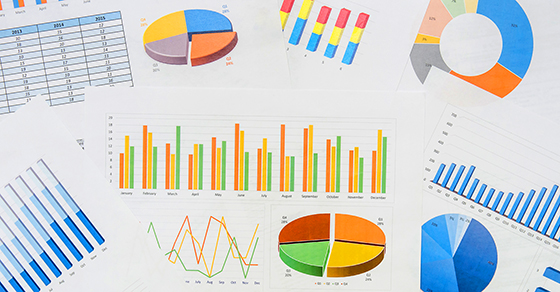 Analytical procedures can make audits more efficient and effective. First, they can help during the planning and review stages of the audit. But analytics can have an even bigger impact when used to supplement substantive testing during fieldwork.

AICPA auditing standards define analytical procedures as “evaluations of financial information through analysis of plausible relationships among both financial and nonfinancial data.” Analytical procedures also investigate “identified fluctuations or relationships that are inconsistent with other relevant information or that differ from expected values by a significant amount.” Examples of analytical tests include trend, ratio and regression analysis.

1. Form an independent expectation about an account balance or financial relationship.
2. Identify differences between expected and reported amounts.
3. Investigate the most probable cause(s) of any discrepancies.
4. Evaluate the likelihood of material misstatement.
5. Determine the nature and extent of any additional auditing procedures needed.

When using analytical procedures, the auditor must establish a threshold that can be accepted without further investigation. This threshold is a matter of professional judgment, but it’s influenced primarily by the concept of materiality and the desired level of assurance.

For differences that are due to misstatement (rather than a plausible explanation), the auditor must decide whether the misstatement is material (individually or in the aggregate). Material misstatements typically require adjustments to the amount reported and may also necessitate additional audit procedures to determine the scope of the misstatement.

Your role in audit analytics

Done right, analytical procedures can help make your audit less time-consuming, less expensive and more effective at detecting errors and omissions. But it’s important to notify your auditor about any major changes to your operations, accounting methods or market conditions that occurred during the current accounting period.

This insight can help auditors develop more reliable expectations for analytical testing and identify plausible explanations for significant changes from the balance reported in prior periods. Moreover, now that you understand the role analytical procedures play in an audit, you can anticipate audit inquiries, prepare explanations and compile supporting documents before fieldwork starts.